Rich and tomatoey, with a hint of chilli, and so ridiculously delicious, these super quick and easy vegan Bolognese rolls are made from basic supermarket ingredients, and guaranteed to put a smile on the face of anyone who tries them! 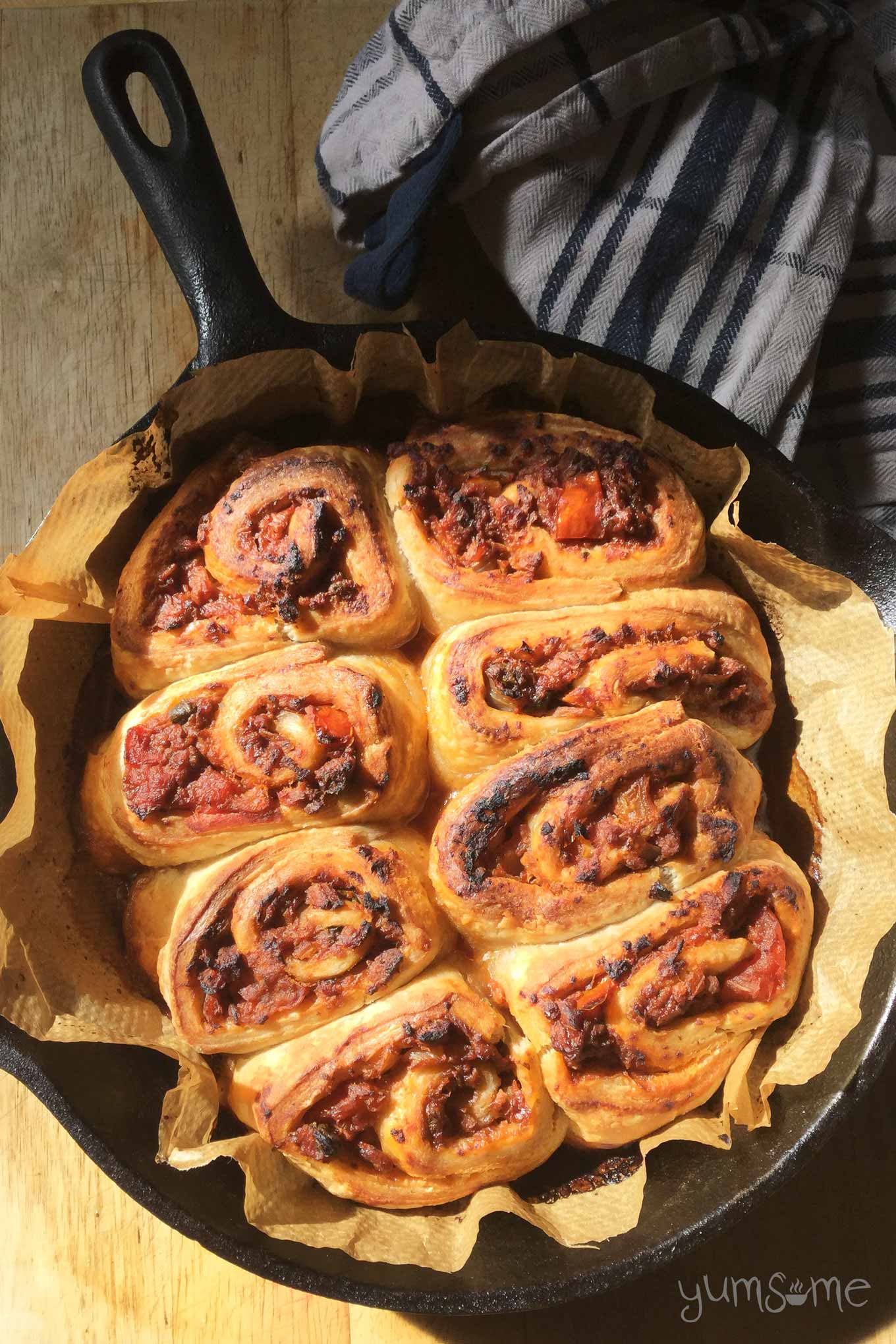 So what do you do when you're moving home (again), and want something super-quick and easy but can't face yet another takeaway because that's all you've been living on for the past three days, due to a hectic work schedule, packing, furniture removal, and shopping at IKEA?

Fortunately, a little while ago, the lovely people at V-Bites sent me a box of goodies to try out, and I still had some of their VegiDeli Gourmet Meat-Free Vegetarian Mince, so I thought I'd make some kind of pasta. Quick. And. Easy. Right?

Trouble was, I'd packed all my pans (as well as my camera and lenses - hence the not-entirely-brilliant-taken-with-my-iPad-photos), barring a wok and a skillet, and I didn't have any fresh herbs. Ho hum.

I had a rummage in the fridge, and turned up half a pack of vegan puff pastry (Shire Foods if you're interested - 1 kilo for £2 from Iceland). Another rummage in one of the already-packed food bags, and I found a jar of amato mio's emergency pasta sauce* (Morrison's The Best Tomato, Garlic, and Basil Pasta Sauce - 350g for £1.30).

One totally winging it meal coming up.

(*He has a stash of easy things he can throw together because he really has no patience for making sauces from scratch!) 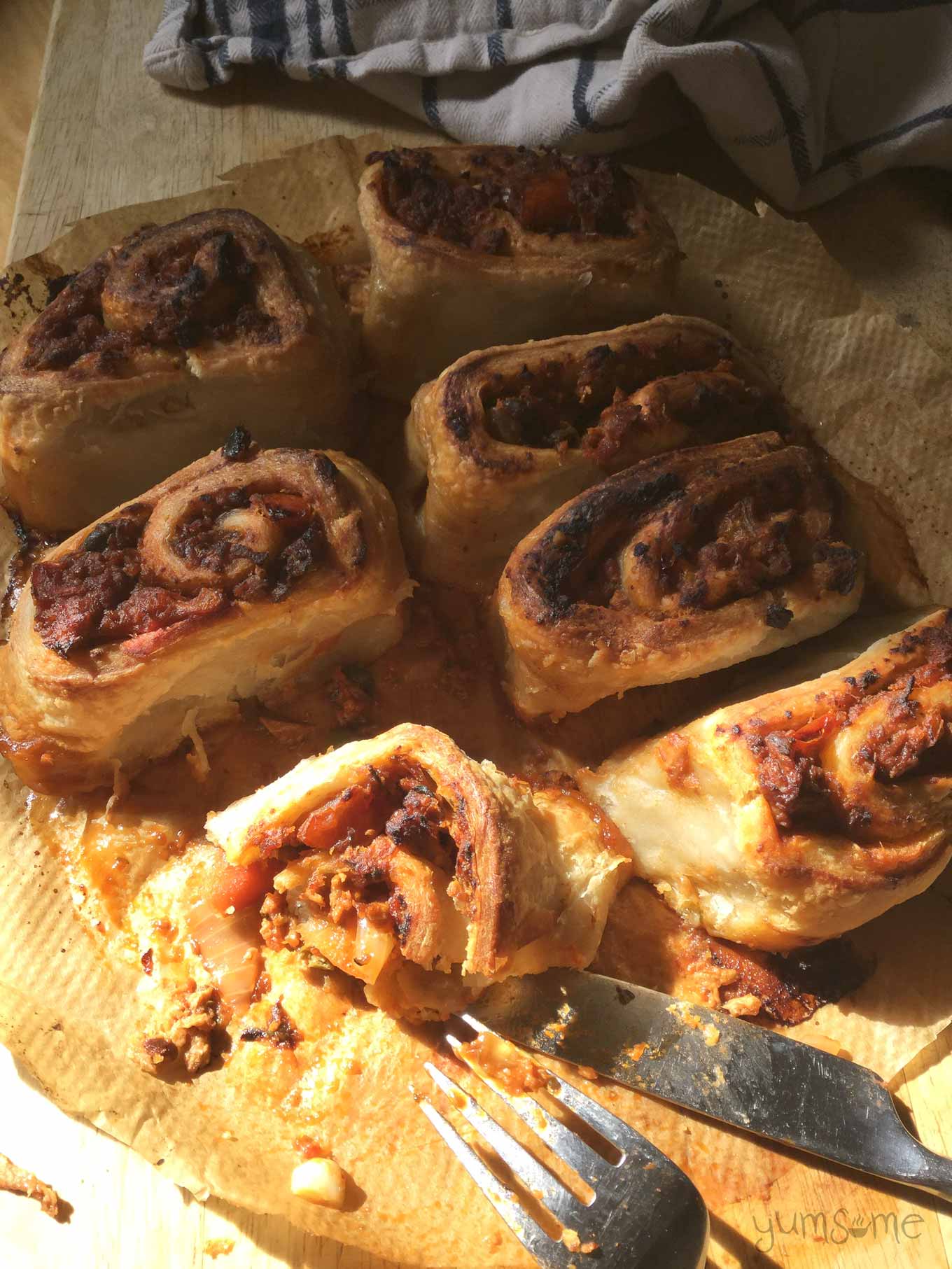 So amidst the chaos of having most of my kitchen gear packed up and ready to be loaded onto the removal van, I chopped up an onion (because I always know where my knives and chopping board are!), fried it off in a little olive oil with some chillies, smashed garlic, and rose harissa (very kindly sent to me by Belazu, along with the olive oil).

After that, I added the Vbites mince and Morrison's sauce, some capers, a bit of smoked paprika, and seasoned it all with some sea salt and a few grinds of black pepper. While it was warming through, I rolled out the pastry.

With a wine bottle.

Because I also always know where the wine is. 😉

Once the ragù was ready, it was just a case of spreading it over the pastry, rolling it up lengthwise, cutting it into eight rolls, then placing them in the skillet, and baking in the oven for 20 minutes. 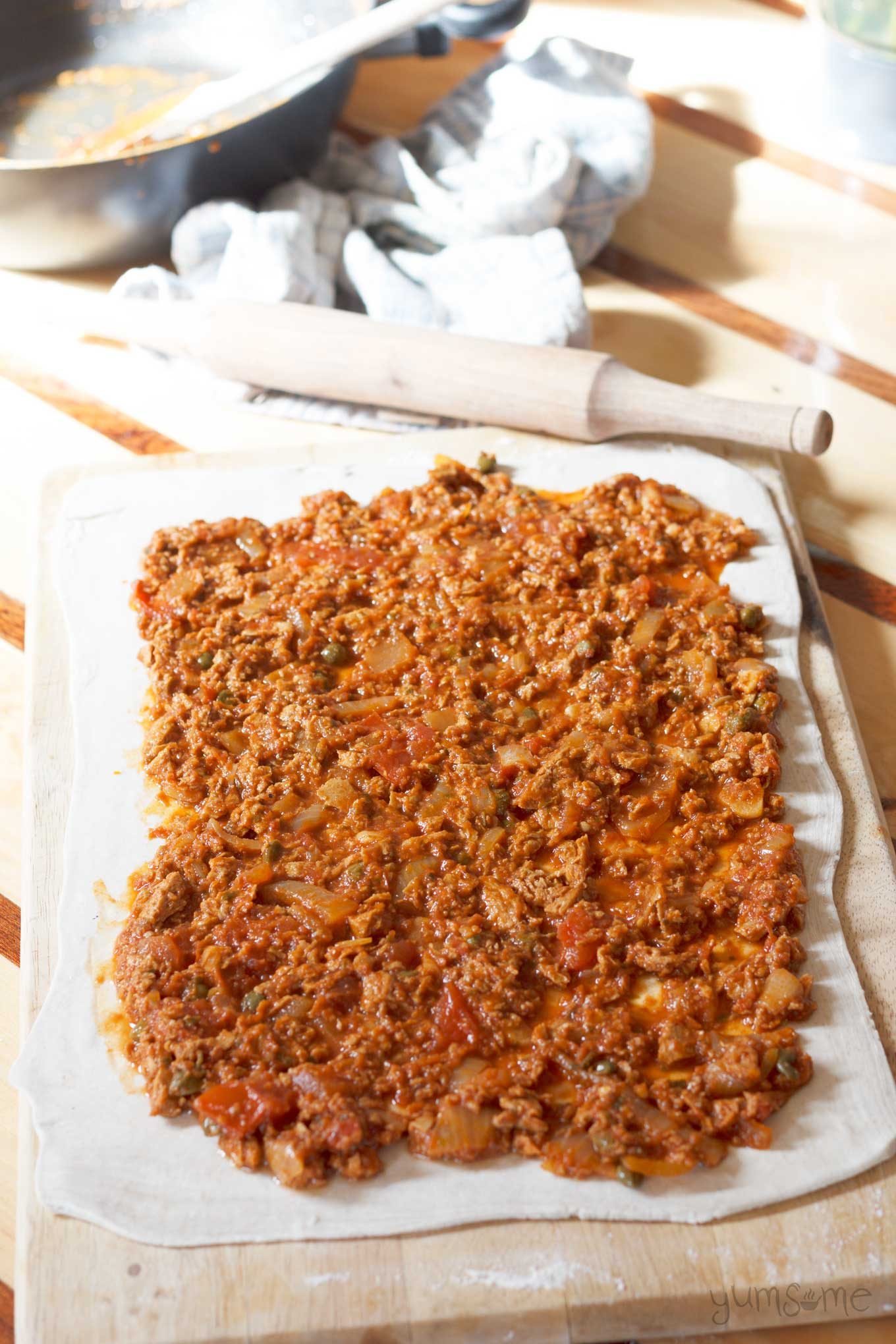 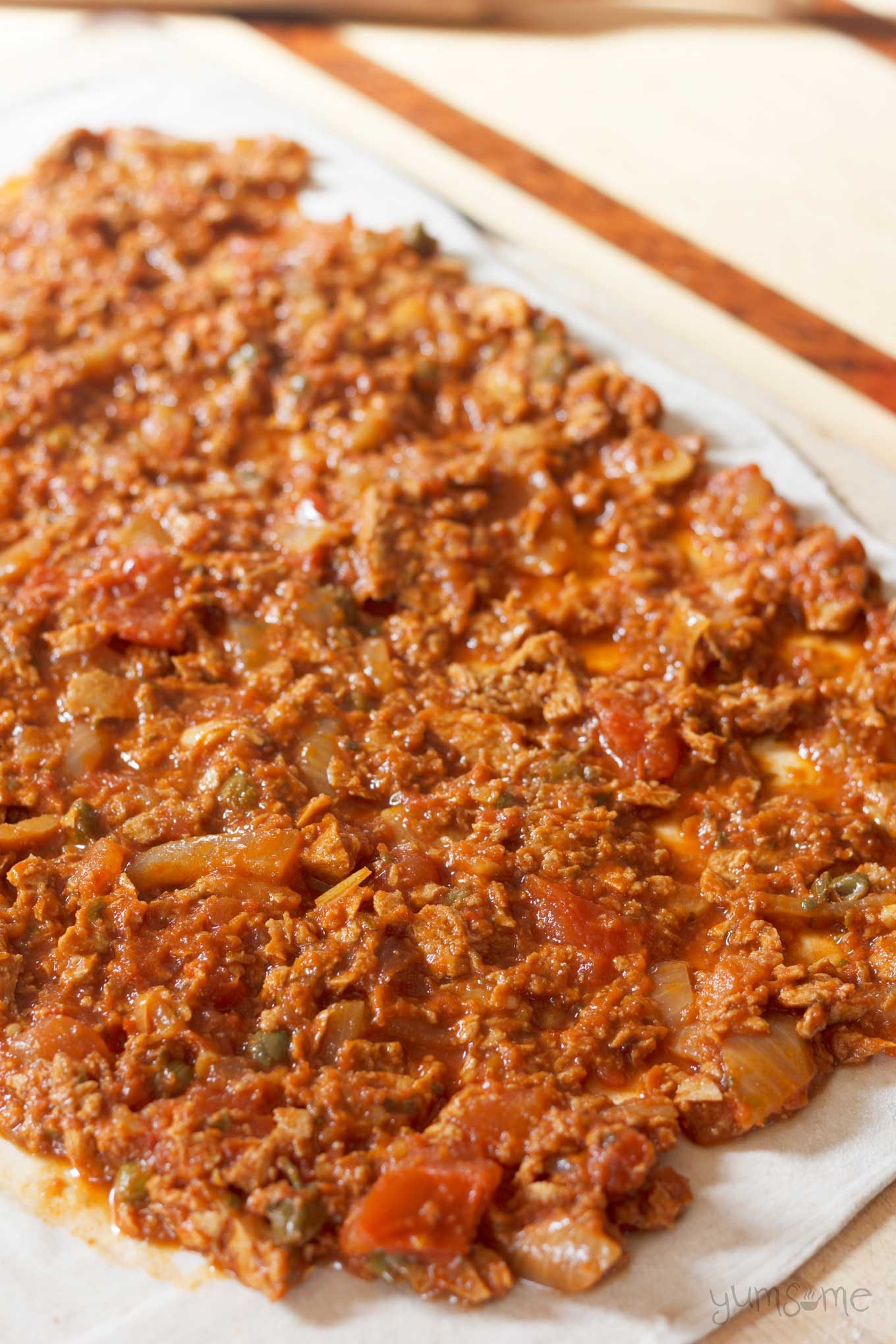 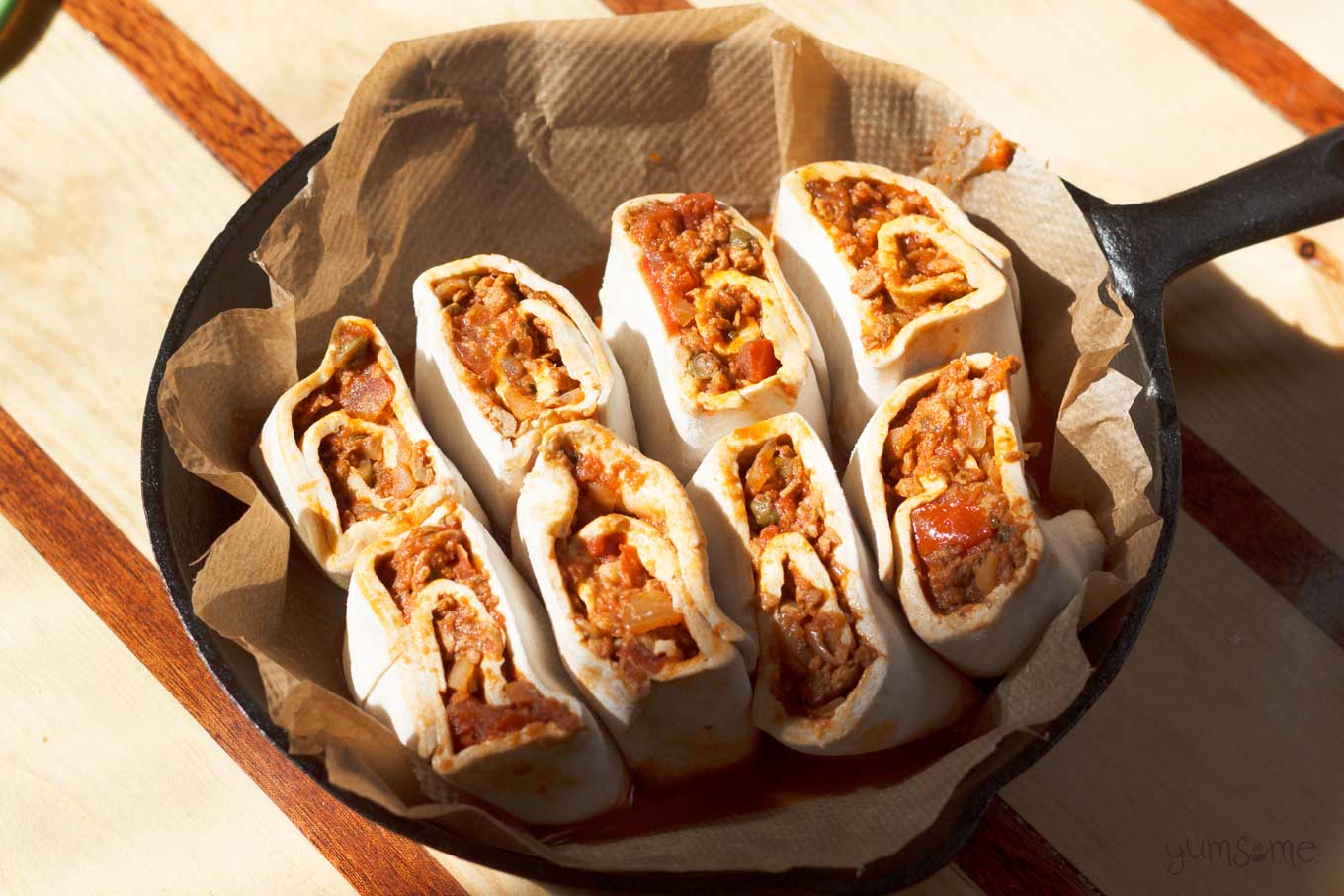 Since I'd raided his grub stash, once the Bolognese rolls were baked and out of the oven, it was only fair that amato mio got to be the first to try them out...

Ho-leee shit - these are amazeballs!

No, seriously, I don't even like pie** but these are awesome. Really, really frelling awesome! 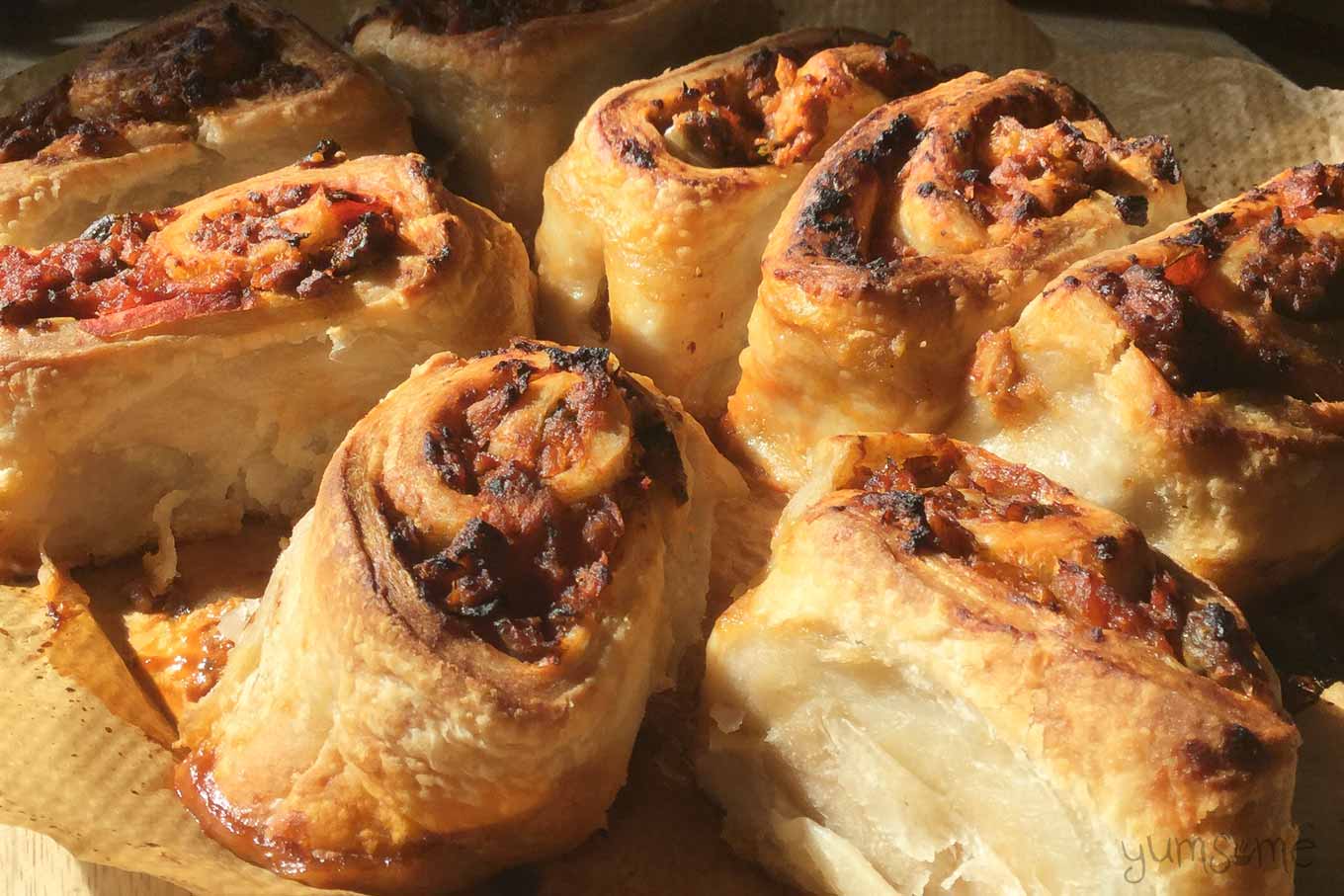 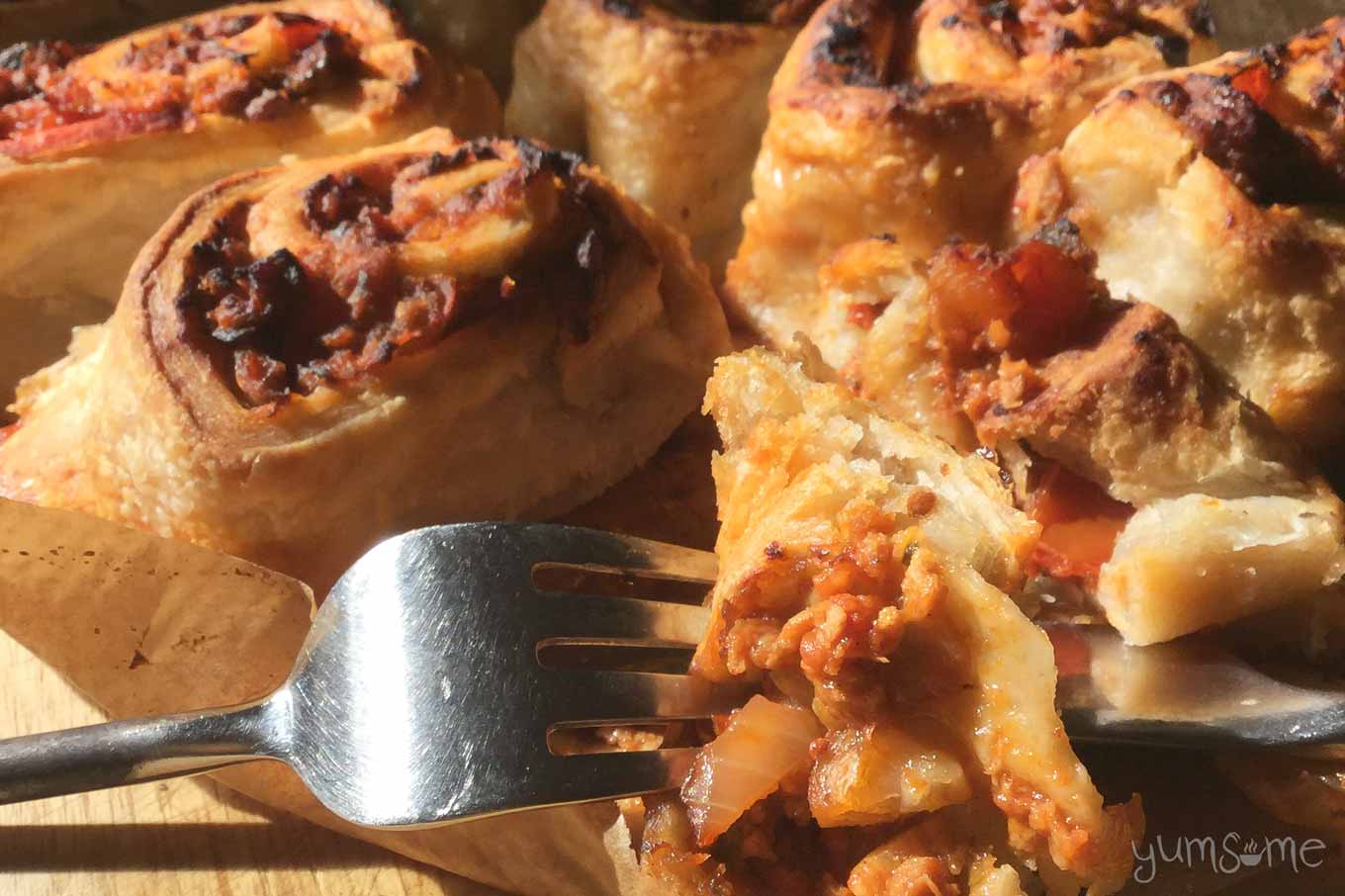 (**Yeah, I know... But what can y'do? He's otherwise pretty much flawless. Well, maybe not entirely flawless... I mean, he frequently has geek fails and he's not as dedicated a Fallout gamer as me... and he doesn't really get Star Trek TNG... but apart from that...)

So anyway, suffice it to say that these vegan Bolognese rolls, while not in any way authentically Italian, are nevertheless the dogs' wotsits. And definite keepers... especially if you don't have time to make everything from scratch.

I fully admit that I normally wouldn't use sauce from a jar, however, for this recipe, I'd be daft not to. Sure, if I happened to have some of my own Italian tomato sauce in the fridge, I'd use that but I have to be honest, and say that actually, in terms of time and cost - not to mention flavour - the Morrison's one is hard to beat. Ditto the puff pastry... because really, who actually has the time to make their own?

As you know, I'm a great advocate of cooking from scratch but the plain fact of the matter is that not everyone has time to do so, not everyone has the inclination, and not everyone has the necessary skills. There's the small matter of cost too, and very often, convenience foods are far more cost-effective than home-made. I'm not saying we should all ditch our pots and pans, and fill our cupboards with ready meals - just that sometimes, a jar of ready-made sauce is going to be a whole lot more convenient than making your own.

Although, you'll never convince me that anything in a carton, tin, or jar is going to be better than my soups or pesto! 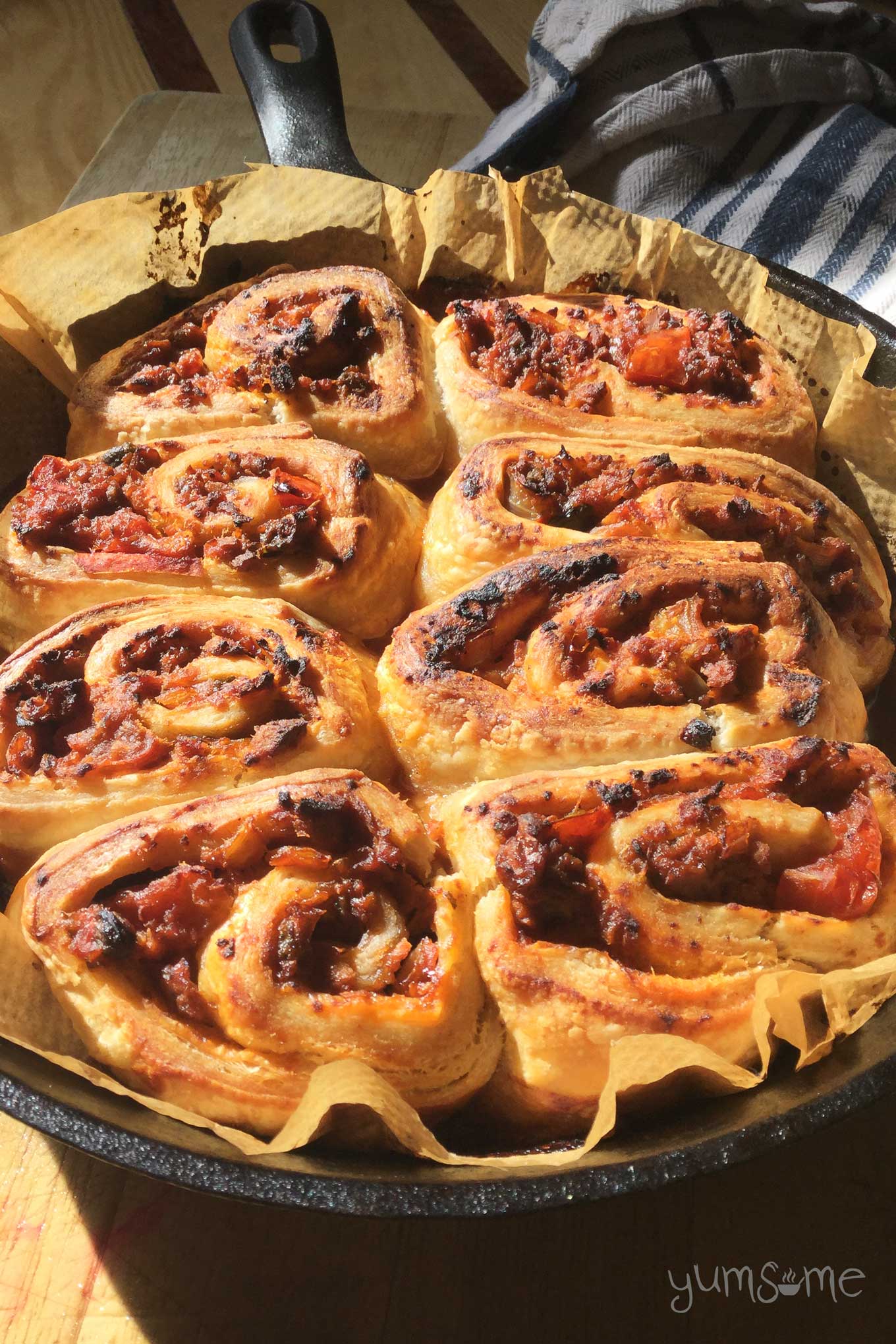 But don't take my word for it, why not make them yourself, and see how quickly they fly off the plate? I guarantee they won't be around for long. And I can also pretty much guarantee that no one will know these are completely vegan unless you tell them. And by the way, served with a green salad and some slices of tomato, these Bolognese rolls make a fantastically filling main meal.

So tell me - how tempting do these vegan Bolognese rolls look?! 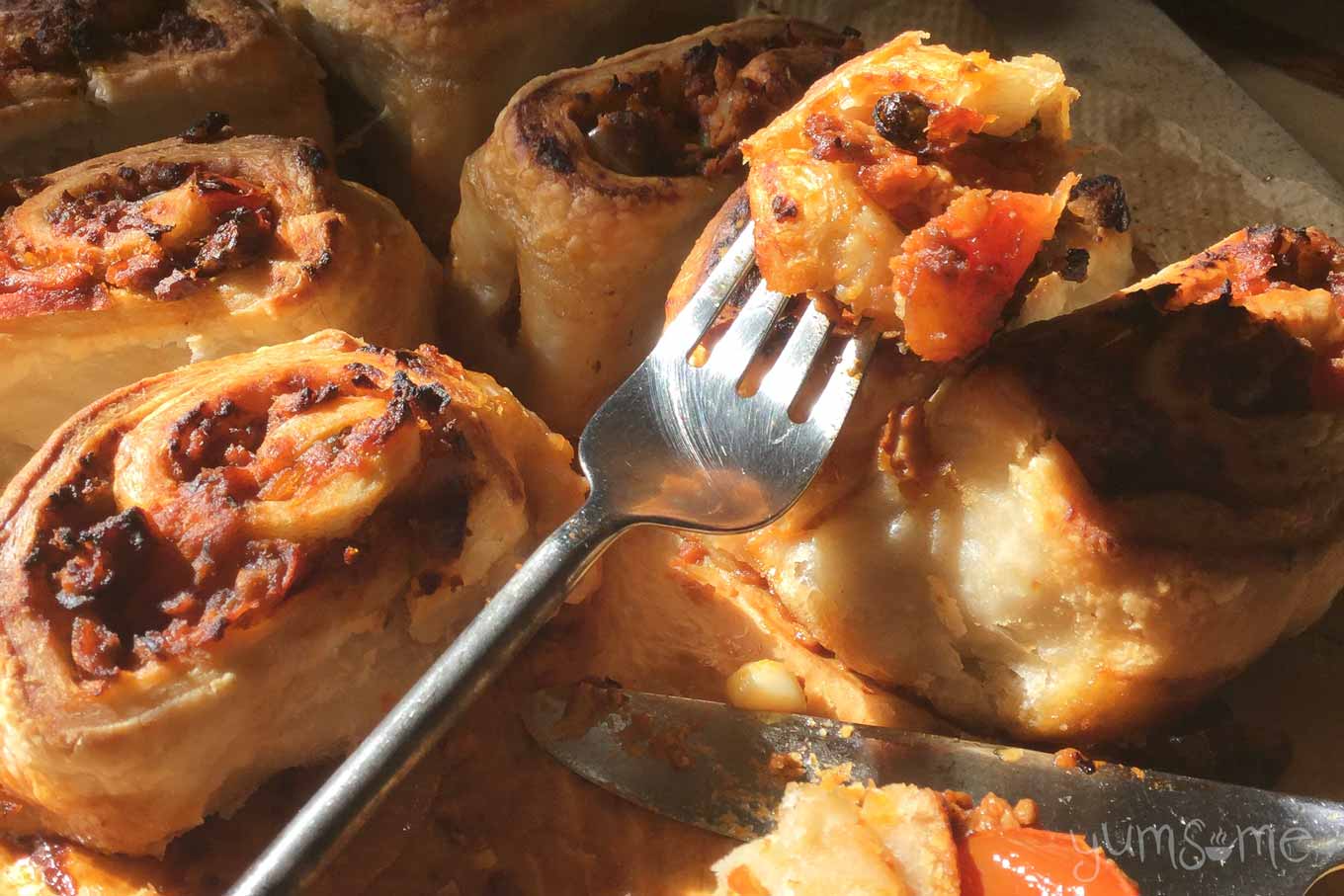 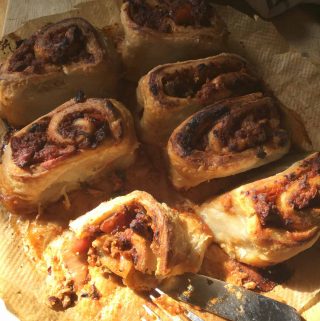 Rich and tomatoey, with a hint of chilli, and so ridiculously delicious, these super quick and easy vegan Bolognese rolls are made from basic supermarket ingredients, and guaranteed to put a smile on the face of anyone who tries them!
Print Pin Rate
Course: lunch
Cuisine: American, British, Italian
Prep Time: 5 minutes
Cook Time: 40 minutes
Total Time: 45 minutes
Makes (slide to adjust): 8 rolls
Calories: 360kcal
Author: Nico

Nutrition Facts
Super Quick and Easy Vegan Bolognese Rolls
Amount Per Serving
Calories 360 Calories from Fat 198
% Daily Value*
Fat 22g34%
Saturated Fat 8g40%
Carbohydrates 30g10%
Fiber 5g20%
Sugar 6g7%
Protein 9g18%
* Percent Daily Values are based on a 2000 calorie diet.
Did you make this recipe?Do mention @yums0me and/or tag #yums0me - I'd love to see how yours turned out!
DisclaimerMeasurements in parenthesis are approximate; it is beyond the scope of yumsome to be able to provide pinpoint-accurate ingredient quantities for every type of measuring utensil. As a guideline however, I make the assumption that: Further information may be found here

If you like this Super Quick and Easy Vegan Bolognese Rolls recipe, you'll love these other speedy yums! 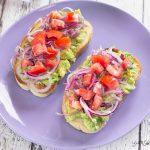 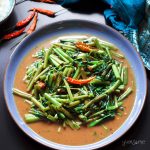 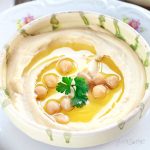 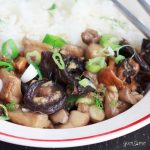 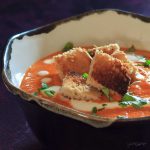 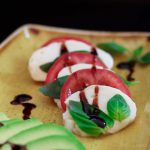 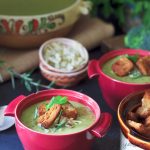 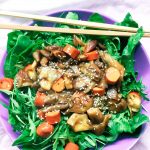 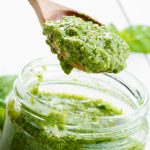