Making fudge brownies from scratch is super easy, and only takes a few minutes longer than using a box mix. These are made with nutritious ingredients, too. The pumpkin keeps them moist, and using cocoa as well as chocolate makes them deeply... well, chocolatey! There's also tahini for added richness and fudge, and they're topped with even more chocolate (yay!). As well as being vegan, these brownies are gluten-free and packed with Vitamins.

Until recently, I was making these fudge brownies for lots of cafés, weddings, and parties. They've been massively successful, and I have quite literally made thousands of them!

My best-selling leek and mushroom quiche, cookie butter blondies, choc chunk cookies, tea loaf, carrot bacon, sausages, and ribs are all hugely popular but these brownies are without doubt the most requested!

They all describe these well but the latter is the most accurate, and tells you practically everything you need to know. But it's a bit of a mouthful to say. Albeit a fantastic mouthful to eat! Ha ha!

In the end, I decided that less is more when it comes to naming recipes, so... fudge brownies it is!

How to make fudge brownies

Make lots, and freeze some! Why? Because trust me, you're going to want to have a bunch of these on-hand for brownie emergencies!

Why not try these brownies too? 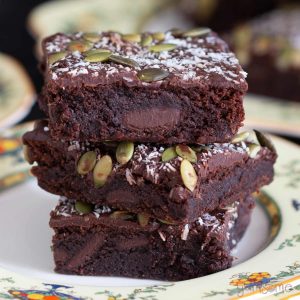 Nutrition Facts
Fudge Brownies (vegan & gluten-free)
Amount Per Serving (1 brownie)
Calories 332 Calories from Fat 207
% Daily Value*
Fat 23g35%
Saturated Fat 7g35%
Sodium 165mg7%
Potassium 228mg7%
Carbohydrates 30g10%
Fiber 7g28%
Sugar 18g20%
Protein 7g14%
Vitamin A 1879IU38%
Vitamin C 3mg4%
Calcium 144mg14%
Iron 5mg28%
* Percent Daily Values are based on a 2000 calorie diet.
Did you make this recipe?Do mention @yums0me and/or tag #yums0me - I'd love to see how yours turned out!
DisclaimerMeasurements in parenthesis are approximate; it is beyond the scope of yumsome to be able to provide pinpoint-accurate ingredient quantities for every type of measuring utensil. As a guideline however, I make the assumption that: Further information may be found here 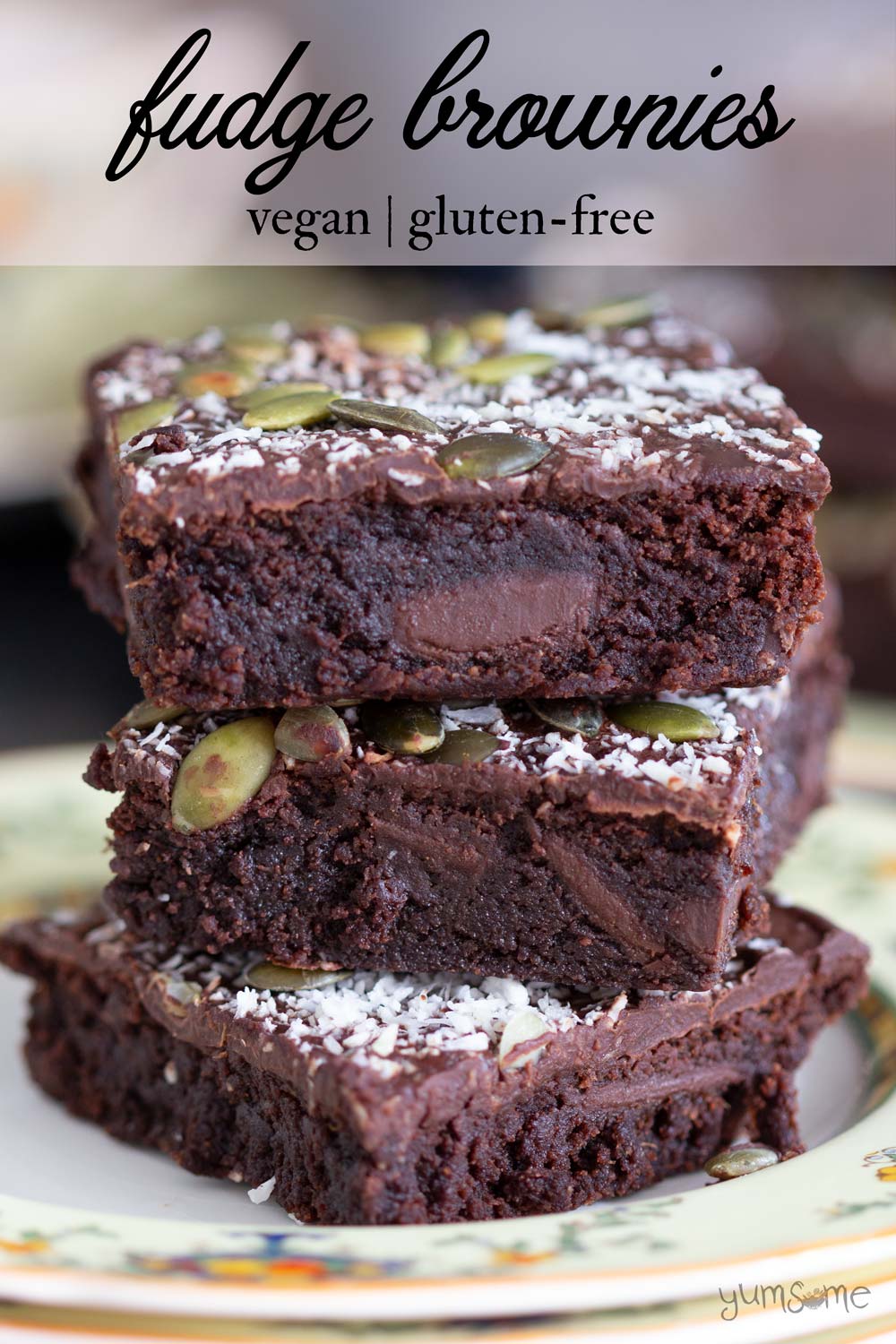