Not long ago, I read an interesting article about lab-grown meat on Gizmodo; the basic premise of which was that a handful of scientists are coming closer to growing viable meat in a lab, which they hope will ease animal suffering, and free up land and resources in order to grow more food for humans, thus helping to put an end to global hunger. 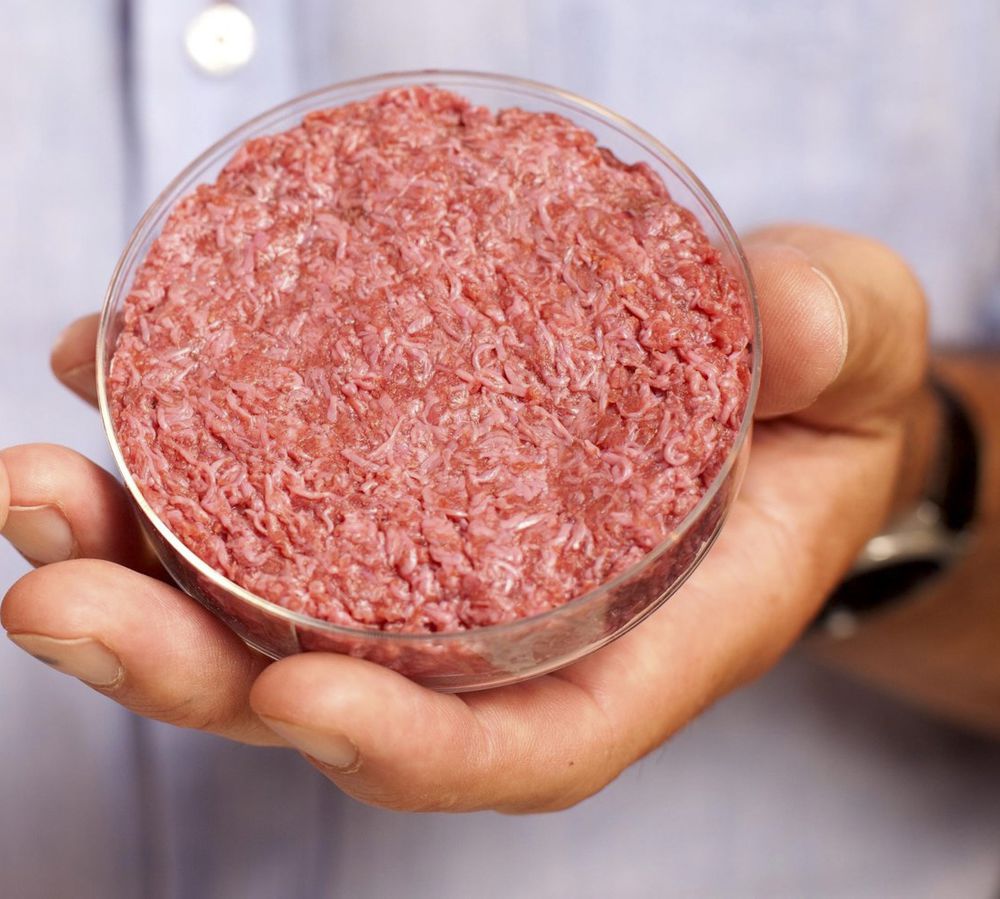 I think it’s far more likely that a goodly proportion of this land would be used to raise crops for biofuels instead… but that’s another story.

Food and Agriculture Organization of the United Nations Reports

While it’s an interesting article, I don’t think the author does herself any favours by citing out of date studies in order to back up her work.

This FAO report, which the author uses to add gravitas to her piece, dates from 2006, and predicts that demand for meat will have doubled by 2050; a more recent FAO report, which admittedly only covers the period to 2024, nevertheless agrees that as wages continue to rise among middle income and developing nations, diets will become more diversified, which will inevitably lead to an increase in demand for meat. However, this report also covers improvements in agricultural practices, leading to higher crop yields for both human and animal foods, and in relation to Brazil in particular, sustainability with regard to both agricultural and livestock practices.

The AJCN report which Ms Stone also cites is even older - from 2003 – and contains a lot of outdated information, not least, its figures for global malnourishment, yet that same website has a more up to date AJCN document, so why choose to cite information which is no longer accurate? 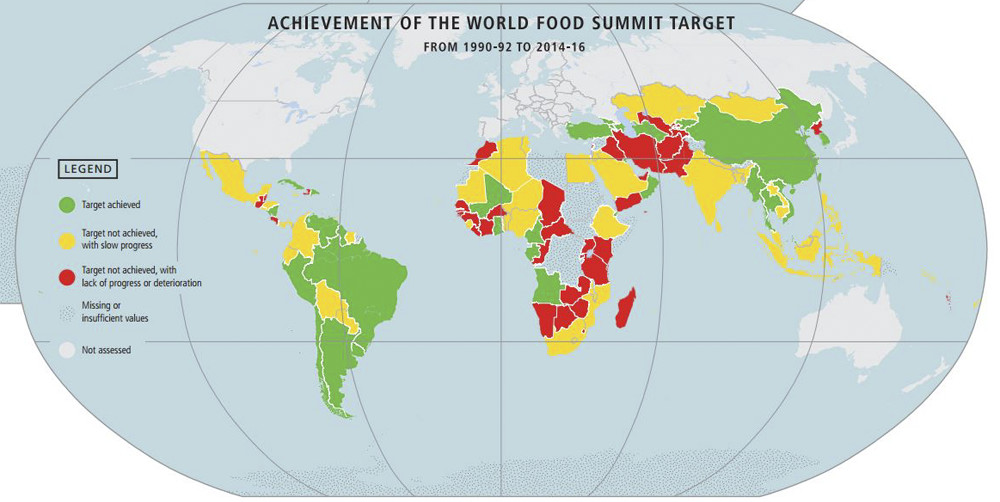 World Food Summit – Improvements to global malnutrition1 As you can see, there's a way to go yet | ©2015 FAO

I can’t help but wonder therefore, whether Ms Stone deliberately chose to use reports which paint a bleaker picture, simply to present her subject matter in a more favourable light.

Don’t get me wrong, it is a bleak picture, and I absolutely am in favour of reducing the impact of livestock farming...

Just over a quarter of our planet’s ice-free landmass is used to graze livestock, and a third of the world’s arable land is turned over to raising crops to feed these animals.

In total, 30% of our planet’s terrain, and 70% of the entire world’s agricultural land is used for the production of meat… to feed a mere third of the global population, while a quarter of the remainder suffer from malnutrition-related issues (by the time you’ve read this blog post, around 60 children will have died, for example).

Add to the above, deforestation, degradation of the land, climate change, pollution, water shortages, and increasing threats to biodiversity and the destruction of indigenous wildlife habitats – all of which meat production contributes to - and yes, it is absolutely imperative that we find alternative ways to feed ourselves.

(And I haven't even touched on impact of the fishing industry.) 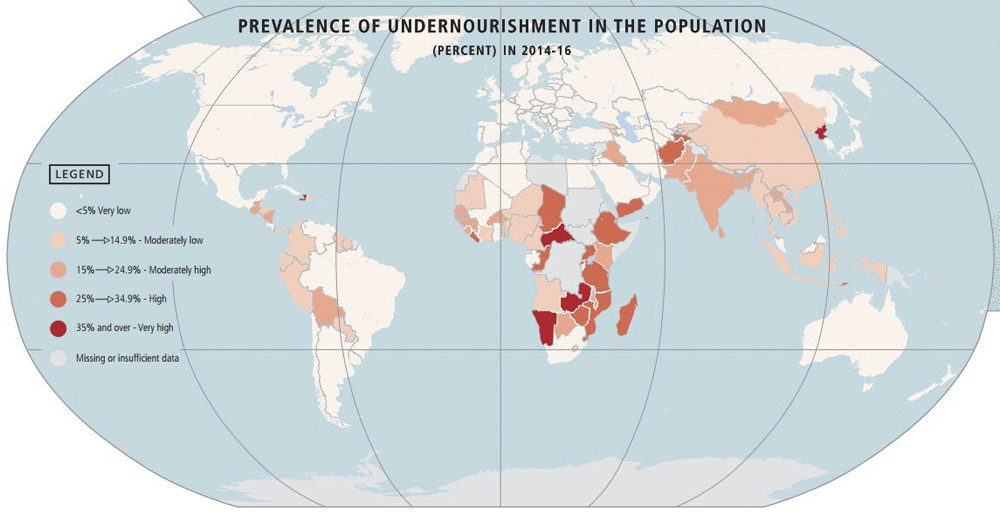 In addition to using outdated sources, Ms Stone includes this quote from Shier Friedman, the co-founder of the Modern Agriculture Foundation in Israel, which advocates the use of lab-grown meat;

When we’re raising animals, a very large amount is being discarded: the bones, fur, eyeballs, organs.

This is simply not true (as I cover in this post); every possible part of an animal is used because to not do so would make the meat industry financially unsustainable, and meat, such as there might be, would be far more expensive than it is now.

Furthermore, it seems that the Modern Agriculture Foundation has cherry-picked which information it chooses to share on its website, much of which seems to come from an Israeli animals rights group, and not an internationally-respected body of scientists.

In order to overcome this frightening scenario, something must be done. We have to reconfigure the way humanity approaches agriculture. Cultured meat provides a viable solution, for two main reasons:

Point 1: at least in the UK (I can’t vouch for other countries) regulations for hygiene standards in abattoirs often surpass those for hospitals.

Point 2: at present, the only way to produce lab-grown meat is to use stem cells from living animals, ergo, animals will still be ‘farmed’ for our consumption. Furthermore, lab-grown meat (or ‘cultured meat’, as MAF refers to it) will not negate the dairy and egg industry, nor will it be able to provide jobs for all those currently involved in the production of meat (including meat from the sea). What are those people supposed to do? How are they supposed to feed their families? Will there be enough agricultural work to sustain them?

Cultured meat is a potential solution to all of these cruel realities, since it will not necessitate the raising or keeping of live animals. Such meats will be cultured using animal cells which, with the use of advanced technology, will form eatable [sic] tissues like muscle and fat through natural, biological cell growth.

Where exactly does MAF think that these cells are going to come from? Do they envision scientists running around a bucolic landscape, where all the animals are simply roaming free, in order to sidle up to the occasional cow, pig, sheep, or chicken, sneakily extract a few cells, then rush back to their lab to grow some meat?

At present, foetal bovine serum, which is extracted from blood taken directly from the hearts of live foetuses, which have been removed from the wombs of slaughtered cows, is needed as a medium with which to nourish lab-grown meat. I'll leave you to decide how ethical that is.

Instead of growing animals for animal products, the products themselves will be the only thing grown, so humanity would still be producing meat (with the exact same taste and texture) but without harming or using animals at all.

"Without using animals at all" ?

Pardon? Did they not say that these meats will be...

Animal cells which are harvested by performing biopsies on, yes, you guessed it, livestock. How is that not using animals?

Using Friedman’s quote does nothing to lend an air of credibility to Ms Stone’s article, quite the opposite in fact. I'm all for alternatives to current farming practices but such ill-informed, emotional sensationalism makes me shake my head. And it does nothing to further the cause of compassionate sustainability. I also have to wonder whether Ms Stone used those outdated reports simply because she found them linked to on MAF’s website, and didn't bother to do her own research.

The Future of Lab-Grown Meat

Lab-grown meat sounds like a great plan in theory… no, it is a good plan in theory but I suspect it’s going to be far less straightforward than simply producing meat in a sterile environment, and expecting it to herald a cruelty-free era.

If a way can be found to make lab-grown meat which involves zero animal involvement, it would be fantastic; however, as it stands, meat grown from animal cells is in no way a viable option for veg'ns2. It's still an animal product, it's still using animals in order to feed humans, and from a veg'n standpoint, it’s still wholly unacceptable, even if it might be better on an environmental level.

Re. the latter, however, who knows? We do know that the production of some vegan alternatives to leather, for example, can have a greater negative impact on the environment than the processing of animal skins, so while lab-grown meat might be better in terms of agriculture, it may not necessarily be better with regard to emissions, for example.

And besides, donor animals will have to be kept somewhere, and will need to be fed and watered, so there would still be an environmental impact arising from the keeping of livestock, albeit perhaps a smaller one.

I also fear that for the foreseeable future, even if lab-grown meat could be produced responsibly and sustainably, at a reasonable cost to the consumer, and did become the norm, it could lead to the rise of even more 'elite' restaurants, such as Masa, Morimoto, Nobu, and Terra, which, along with their current practice of serving up close-to-extinction species for the gratification of folks with more money than ethics, will likely serve 'natural meat' at a grossly-inflated price. 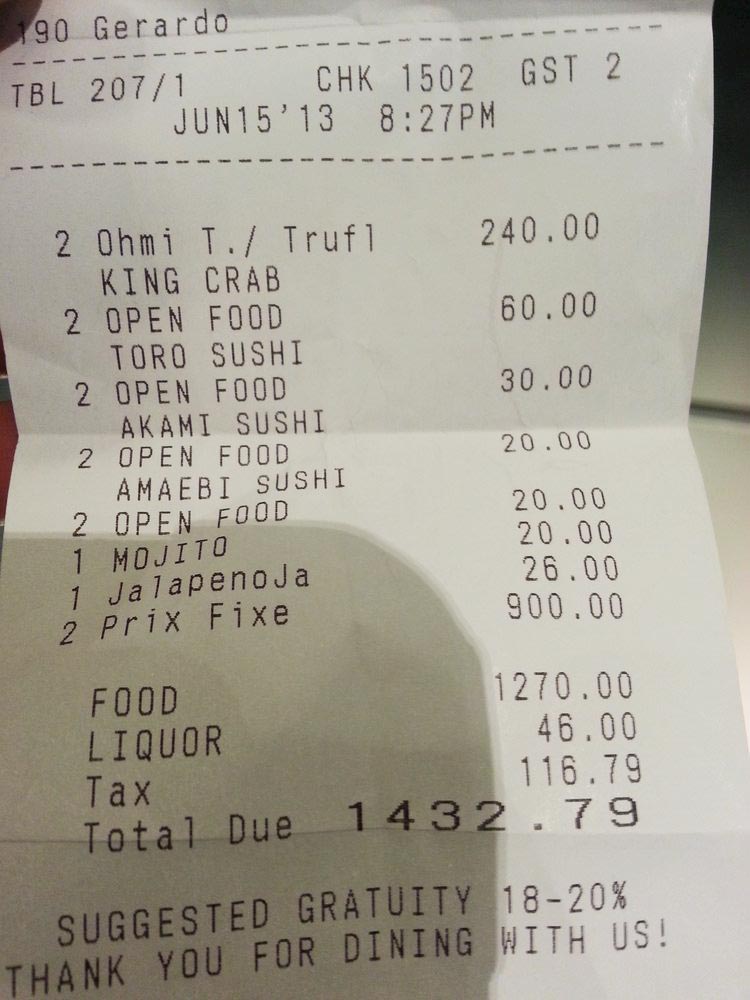 $1500 for dinner at Masa, where almost-extinct Bluefin tuna makes a regular appearance on the menu: “Cheaper than flying to Japan for some epic sushi! Definitely worth it.” quipped the person who paid this bill. ©Mahtab R

I can also envisage a fleshy black market coming in from poorer countries to fill the bellies of the die-hard Bacon Brigade who scoff (no pun intended) at these elite restaurants but who might nevertheless believe they have a ‘right’ to eat cheap, natural meat. Welfare of the planet and animals be damned.

On the other hand, given that most people, seem to favour the notion of eating food which has, in most cases, quite literally been grown in muck and mud, as opposed to a clean and sterile environment, perhaps those very same elite restaurants are actually the way to get meat out of the lab and onto our plates?

Let them and their ilk pander to the trend of nostalgie de la boue... but let’s not call it lab-grown meat, let us call it artisan meat - then everyone will want it (well, everyone who can afford it, that is). Because affluent Westerners culturally-appropriating the 'wisdom' of native peoples, both in the East and the Wild West, or ordering overpriced paysanne fare served up in a slipper, a flat cap, or on a shovel isn’t enough to make them look like colossal knobbers. 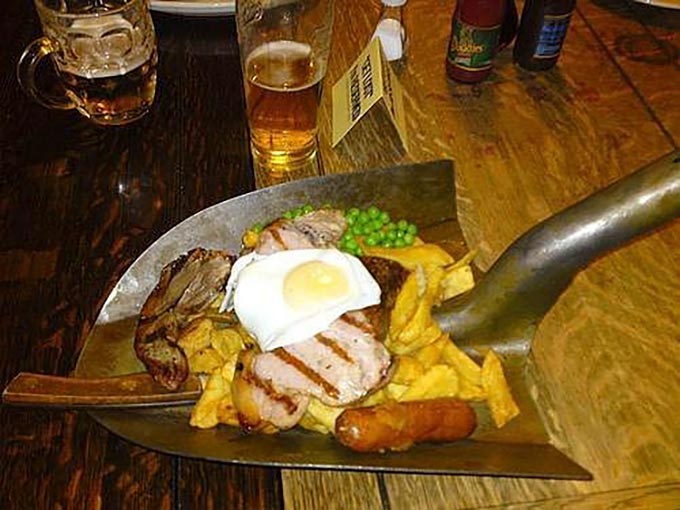 Put it on a plate! | Credit unknown

On a less humorous note, however, in the scenarios above, it’s not outside the realms of possibility to suppose that natural or ‘elite meat’ would, in turn, simply continue the tradition of raising animals directly for food, and since it would probably be on a much smaller scale, the chances of the welfare of said animals being properly regulated would be pretty slim, I imagine.

I think we have a very long way to go before we see lab-grown meat as the norm, and actually refer to it as simply meat; I suspect that even were it to be in the shops tomorrow, and cost the same as natural meat, it would take at least a generation for people to fully change their attitude toward it. 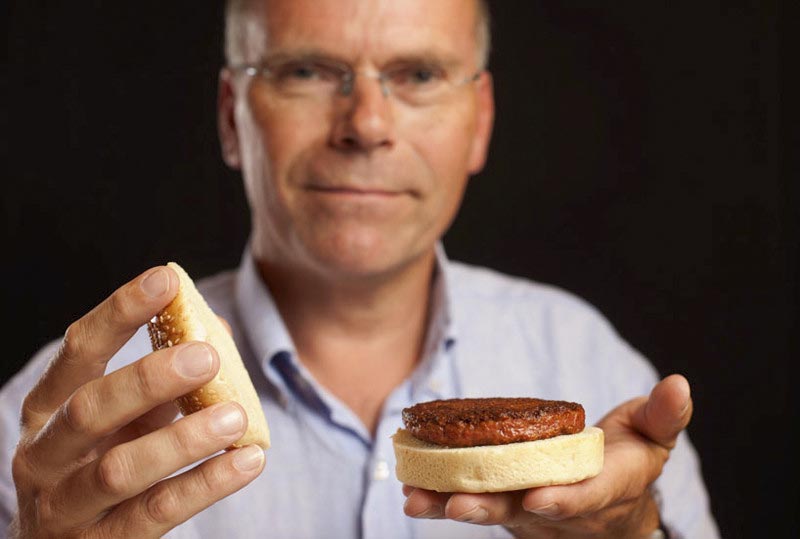 World Food Summit (WFS) goal: to eradicate hunger in all countries, with an immediate view to reducing the number of undernourished people to half their present level no later than 2015.